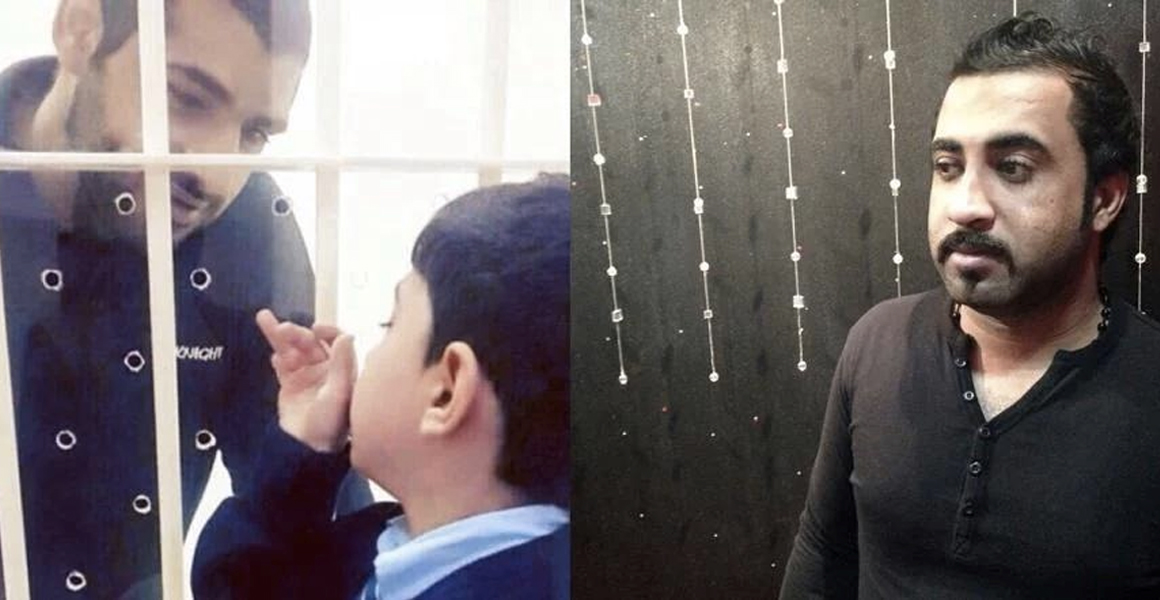 We, the undersigned organizations, urge you to commute the death sentences of Mohamed Ramadan and Hussein Ali Moosa, who have exhausted all legal remedies available to them after the Court of Cassation upheld their death sentences on July 13, 2020. Our organizations oppose the death penalty in all cases, regardless of who is accused, their crime, their guilt or innocence, or the method of execution. However, the cases of Ramadan and Moosa raise additional concerns given the serious fair trial violations they experienced and their credible torture allegations.

According to the information available to our organizations, security forces arrested Moosa, 33, on February 21, 2014 and Ramadan, 37, on February 18, 2014, on charges of attacking police "with terrorist purpose" in connection with a bombing that year in the village of Al-Dair that killed a policeman. Both men alleged that Central Investigations Directorate (CID) officers tortured and sexually assaulted them. Ramadan refused to sign a confession implicating himself in the crime, but Moosa said that he was tortured into confessing to the charges against him and incriminating Ramadan.

A criminal court sentenced the two men to death on December 29, 2014, and the Court of Cassation confirmed the death sentences in November 2015 but overturned them in October 2018 after Bahrain’s Special Investigations Unit (SIU) found previously undisclosed medical reports documenting harm and concluded that there is a “suspicion of the crime of torture…which was carried out with the intent of forcing [Moosa and Ramadan] to confess.” Nevertheless, without further investigation and based on the same evidence, the High Criminal Court of Appeal reinstated the convictions and death sentences of Moosa and Ramadan on January 8, 2020, and the Court of Cassation upheld them on July 13, 2020.

In reinstating the death sentences on 8 January 2020, the Court of Appeal ruled  that  Moosa and Ramadan’s confessions were valid and obtained without coercion, that the men had not made claims of torture at the time it occurred, and that their injuries did not prove torture.

However, the Court’s arguments fail to account for the very serious due process violations in the men’s initial trial and the shortcomings of the SIU’s torture investigation. Moosa and Ramadan had no access to lawyers before their trial and for the whole period of their interrogation and alleged torture – in breach of a fundamental safeguard against coerced confessions. The judgment against them does not indicate any scientific evidence linking Moosa and Ramadan to the bomb that killed the policeman. Instead, the convictions rely substantially on Moosa’s confession, a confession that he stated was obtained under torture.

Although the SIU investigation did not definitively establish whether security forces tortured Moosa and Ramadan, the investigation failed to comply with the Istanbul Protocol, the internationally recognized legal and professional standards for effective investigation of  torture. The SIU investigation relied on medical examinations that lacked independence and were carried out  in the presence of a police officer and without the presence of a lawyer. Further, the medical examinations were superficial in nature and lacked thoroughness, also failing to consider the findings of the medical reports later uncovered by the SIU.. They additionally failed to properly record their injuries or consider how their injuries were sustained.

These shortcomings led a leading medical expert in the investigation of torture to conclude that the medical reports regarding Ramadan and Moosa fail to meet the legal and professional standards required in a forensic investigation of torture and should therefore be completely disregarded. An independent assessment by the International Rehabilitation Council for Torture Victims (IRCT) also found the SIU investigation to be “flawed by not relying on prompt, impartial and effective investigations.”

The lack of thorough consideration of Moosa and Ramadan’s claims that their confessions were obtained under torture violate international law and also ignore article 19 in Bahrain's constitution, which expressly states that courts should treat forced confessions as "null and void" and article 253 of the criminal procedure code, stating that judges must ignore any statement proved to have been made "under coercion or a threat thereof."

Dr. Agnes Callamard, the United Nations special rapporteur on extrajudicial, summary or arbitrary executions, provided written comments to the Court of Appeals stating that Moosa and Ramadan’s “conviction resulting in the death penalty would be arbitrary and a clear violation of their right to life” given the failure to properly investigate their torture allegations and the failure to afford other fair trial guarantees. However, the court considered the government’s medical evidence without recourse to any independent expert or review. The Bar Human Rights Committee of England and Wales also submitted an amicus curiae brief to the Court of Cassation and considered the convictions in these cases to be fundamentally flawed, in accordance with both Bahraini and international law.

The death penalty is unique in its cruelty and finality, and it is inevitably and universally plagued with arbitrariness, prejudice, and error. We call on Your Majesty not to ratify the death sentences imposed on Moosa and Ramadan, and to ensure that they are not executed. Moosa and Ramadan should be afforded a retrial that fully complies with international fair trial standards and excludes evidence obtained under torture, as well as an independent and effective investigation into their claims of torture. We acknowledge the authorities' duty to prevent crime and bring those responsible to justice, but emphasize that this should always be done in accordance with Bahrain’s national and international human rights obligations.

Bahrain should join the many countries already committed to the UN General Assembly’s December 18, 2007 resolution calling for a moratorium on executions, with the aim of abolishing the death penalty. Therefore, we further urge you to: immediately establish an official moratorium on executions with a view to abolishing capital punishment in Bahrain; commute all outstanding death sentences to terms of imprisonment, and conduct a comprehensive review of Bahrain’s death row, with a view to ensuring that victims of human rights abuses unlawfully sentenced to death receive redress. 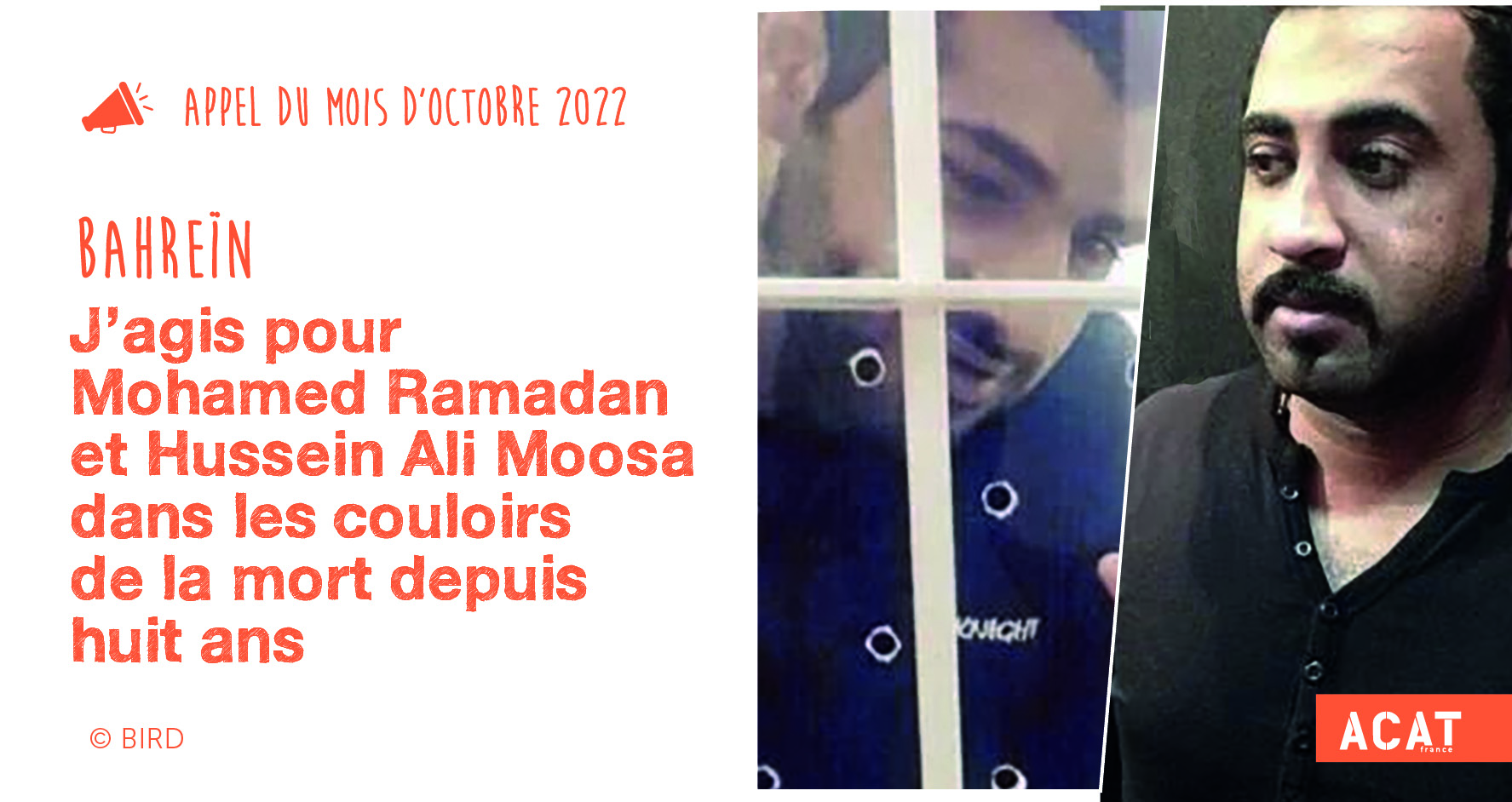 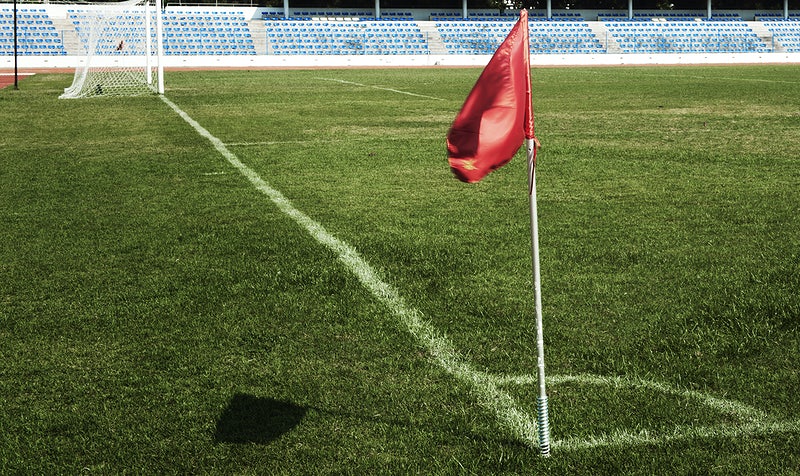